How is your occupation fairing with COVID-19?

Home/Blog, Main/How is your occupation fairing with COVID-19? 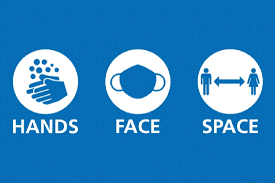 The Office for National Statistics (ONS) has just released figures looking at the mortality rate from COVID-19 across various occupations.

According to calculations on death rates from COVID-19 in the UK workforce it has peaked in manual workers in processing plants, security guards, care workers and construction. Which the ONS refer to as ‘elementary occupations’.

The ONS have nine broad occupational categories which are listed below.

The ONS figures for 7th March 2020 to 28th December 2020 are showing that men in six out of nine broad occupational categories experienced a ‘statistically significant’ rate of fatal cases compared to the working population as a whole.

Men account for nearly two thirds of the deaths from COVID

Overall, there were 7961 registered in England and Wales between 9 March and 28 December 2020 following a positive COVID test. But interestingly; 5128 of these were men and 2833 women.

Teachers at no greater risk than rest of the workforce

The ONS found that teaching and education professionals were not at higher risk of dying from COVID-19 than the rest of the workforce, with 139 deaths recorded between March and December (73 female and 66 male.)

Working near others puts you at greater risk.

The ONS has pointed out that employees working too close to others appears to raise the risk of catching and dying from COVID 19 above that of the rest of the working population. The ONS doesn’t however single out any particular occupation over others. But what it does say is the sector worst-affected by COVID-19 mortality was elementary occupations, where there were 66.3 COVID-19 related deaths per 100,000 men (699 deaths); for women the figure was 21.1 deaths per 100,000, with 227 deaths.

The highest number of death certificates were for ‘elementary process plant workers’, performing manual work in processing or manufacturing businesses. This sub-category recorded 143.2 deaths per 100,000 male workers (120 deaths), or roughly five times the all-sector average for men; women in these roles also had a mortality rate double the background average, at 33.7 deaths per 100,000, or 57 deaths.

The figures for the construction sector were also raised: ‘elementary construction occupations’ saw 82.1 deaths per 100,000 men, with 70 deaths.

Security guards and related occupations had the next highest rate of death, with 140 deaths, representing 100.7 deaths for every 100,000 men in such jobs – roughly three times the all-worker average for men.

Within this category, mortality peaked among care home workers and those who provide personal care in people’s homes: there were 109.9 deaths per 100,000 males and 47.1 deaths per 100,000 females – a level three times the average for women in the workforce.

The data highlighted that men in administrative, office-based roles sales – a category that includes civil servants working for national and local government, and government agencies – died more often than peers in the working population, along with male colleagues in customer service roles.

The mortality rate for women in office-based sales and customer service roles, also likely to include call centre staff, only avoided being in the “statistically significant” category due to the confidence intervals applied to the data.

The government recently announced it is asking councils to target key workers for regular COVID tests.

So the message to take home out of this is quite simply that, COVID 19 is a serious condition that kills and, even though you may have received your vaccination jabs, you will not be at a low risk until the majority of people have been fully vaccinated. Until then you really must follow the guidance, especially at work, of: