Bullying and Harassment in the Workplace

Home/Blog, Main/Bullying and Harassment in the Workplace

Only the other day there was reports in the press of the apparent bullying antics of a well-known employer.

….So I thought that I might look into this topic for this week’s newsletter.

Bullying and harassment can be defined as offensive or insulting behaviour that makes someone feel intimidated. It should be noted however that there is no simple definition of bullying because it can take many different forms. It can involve the abuse of power by one person over another or can involve a number of individuals.

In a workplace setting, it can be common for a more senior person to bully or harass a more junior person. It may involve the mistreatment of an employee by a client of the organisation as well as interactions between employees.

So what is Bullying and Harassment 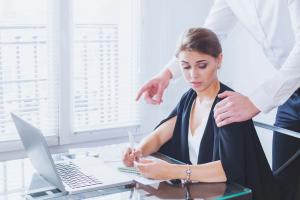 Bullying and harassment may be via face to face, verbal or written communication and may involve:

On a personal level the recipients of bullying behaviour are susceptible to psychological harm and this may lead to sickness absence for stress or other conditions. The individual concerned may find that the effects of the bullying are devastating to their long term emotional well-being both at home and at work, possibly also involving loss of earnings and the termination of a career. At its most extreme there may be violence or the stress experienced by a worker may make them vulnerable to suicide or self-harm.

Thinking about the wider organisation, a bullying culture encourages staff members to focus effort on protecting themselves against attack, rather than on the business of the organisation. This may result in poor decision making, a high rate of sickness absence, the loss of good staff and reputational damage.

The impact of bullying and harassment

A wide array of disturbing statistics published by professional and employers’ bodies, academics, government and trade unions indicate that bullying and harassment are commonplace in the workplace.

Such behaviour may lead to sickness absence and reduced positive engagement at work, reducing productivity, efficiency and profitability. At its most extreme it may involve violence or lead to suicide.

Legal action may be taken against an organisation when an employee has experienced bullying and harassment, with consequent negative publicity, effect on reputation, legal costs, payment of damages etc.

The Law relevant to Health & Safety at Work

Harassment is unlawful under the Equality Act 2010 as it is connected to victimisation of those with any of the nine protected characteristics defined in the Act (age, disability, gender reassignment, marriage or civil partnership, pregnancy or maternity, race, religion and sex). The Human Rights Act 1998 also applies.

Licia Faithful complained that she suffered post traumatic stress disorder and depression after being ridiculed by co-workers at AXA PPP Healthcare.

An employment tribunal heard how staff in the office in Tunbridge Wells, Kent, recorded her voice and played it back to her, laughing and mimicking her accent.

The judge ruled that Mrs Faithful had suffered the “most serious case of discrimination” and had been treated “less favourably on the grounds of race”. She found that: “There was substantial evidence that these employees were engaged in bullying, which was contrary to the respondent’s own bullying and harassment policy”.

Ms Faithful was awarded a total payout of just under £142,000 including damages for discrimination, injury to feelings, and personal injury.

Nanette Bowen, who had been employed at the Prince Philip Hospital in Llanelli for 28 years, was harassed over a three-year period and was eventually signed off sick with stress.

Ms Bowen was given a new manager in 2000, when Llanelli and Dinefwr Trusts merged to become Camarthenshire Trust. Sexual innuendos were directed at Ms Bowen and her manager was regularly aggressive when challenged. Ms Bowen’s responsibility for hiring staff was also removed, and she was compelled to fill in a daily form to monitor her work.

The harassment caused Ms Bowen stress and panic attacks, and she was signed off sick.

Swansea County Court found that Carmarthenshire Trust was liable in February 2009 and in a subsequent out of court settlement, £150,000 was paid to Ms Bowen.

What can a business do to reduce the associated risk?

The control of bullying and harassment must be an organisation-wide process and be fully supported by all levels of management. Employers should adopt a risk management strategy, assessing to see if there is a problem in the workplace, taking appropriate action, and reviewing to ensure any actions taken are effective.

A risk assessment, as set out in the Bullying and Harassment Barbour Guide, should be undertaken as a first step to controlling this type of behaviour.

Organisations can also use the HSE’s Stress Management Standards, which refer to six areas of work that can lead to stress if not properly managed, to tackle bullying at work.

A bullying and harassment policy will also be necessary and this must be supported and enforced by senior management. The policy should deliver a clear message that this is an organisation in which bullying and harassment will not be tolerated. The policy should set out prevention measures and be clear on the duties of managers and supervisors and their responsibilities for preventing or eliminating bullying.

It is also worth noting that the policy should include details of an independent ‘contact’ who can offer support in situations where employees may find it difficult to raise concerns about bullying with their manager.

Procedures set out in the policy will help the organisation to deal efficiently and fairly with individual problems if they arise. It is particularly important that a means of reporting negative conduct protects the alleged victim from the perpetrator.

The policy should be made available to all employees, included in staff training, and reviewed regularly taking into account the views of staff and incident history. 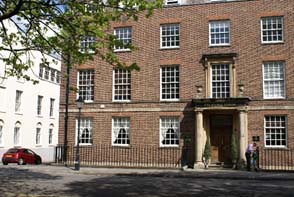 Please remember that we now run these CPD events at the Exchange House, 12 – 14 The Crescent, Taunton TA1 4EB on a fortnightly basis

The next of the CPD events is listed below.

As previously requested, if you could let us know whether or not you can attend it would be greatly appreciated. Also, if you would like to give a talk, or know of somebody who would, please contact Jon at [email protected]

Our next Seminar will be on Wednesday 13th February 2019 Could you please arrive by 12:30pm prompt.

If you haven’t already booked your place, or if you are not on the CPD Seminar mailing list but would like to be please drop Jon an email and he will deal with your request.

As per our last one if you could let Jon know whether or not you can attend within 7 days of receipt of his email, it would be greatly appreciated.