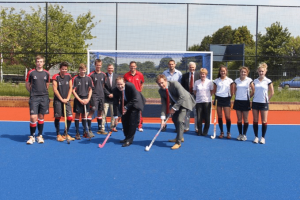 The works consisted of the removal of the existing shale hockey pitch.  Infill the existing redundant culvert that runs under the pitch. Supply and lay a new astro turf hockey pitch following preparation of ground.

These works are in a busy school during the important exam period. Consequently, the proposed programme of works is critical to ensure that the noisier works are carried out outside the actual exam period.

Headmaster Dr John Newton said: We have long needed an extra playing surface and I know this will be high quality as well as being attractive to look at.

Taunton School is an independent boarding school and day School, for boys and girls aged 0 to 18 years. Located in Taunton, Somerset 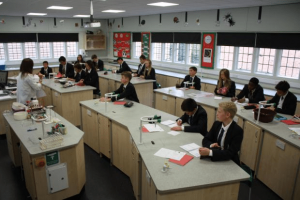 The building of new extension to match into existing building to form 2 new science labs and a store.

This was a domestic brick/block construction with a tiled trussed roof.

Principal Adrian Hallworth said: “We have seen interest in science grow considerably over recent years, particularly, I believe, as a result of the growing popularity of the IB Diploma.

“Having these labs has meant we are able to increase our science provision by 25%, which is fantastic news.”

We have also just been appointed by Taunton School to act as Principal Designer on a new project to build a new Pavilion which is hoped to start 2016/17.