Surrey and Borders Partnership NHS Foundation Trust has been fined for health and safety failings after a patient fell to his death.

Adam Withers, 20, from Epsom had been detained as an in-patient at Epsom Hospital when the incident occurred on 9 May 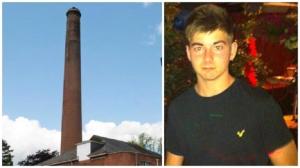 Guildford Crown Court heard how Mr Withers was in the courtyard with his mother while being observed by a nurse from inside the ward when he started to climb up onto the conservatory roof.

The nurse immediately ran into the courtyard but was unable to prevent him climbing over the roof. He then climbed up a 130-foot Industrial chimney and after attempts to talk him down failed, he fell and sustained fatal injuries.

An investigation by the Health and Safety Executive (HSE) found a series of failures to ensure the risk associated with absconding was properly managed. There was insufficient communication between employees and inadequate systems to ensure the risk identified were addressed and remedied.

Surrey and Borders partnership NHS Foundation Trust of Mole Business Park, Randalls Road, Leatherhead, pleaded guilty to breaching Section 3(1) of The Health and Safety at Work etc. Act 1974 and was fined £300,000 and ordered to pay costs of £16,769.00.