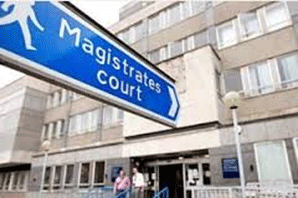 In April I posted, in my blog, an article about the new guidance given to courts regarding fines for Health & Safety offences.

I thought that it might be worth repeating it here, as many people still seem unaware of these changes and the potential costs of being prosecuted by the regulators.

The removal of the upper limits on most fines will affect the majority of cases heard in the Magistrates’ Court. It will especially impact most summary prosecutions brought against companies and individuals by regulators such as the Health and Safety Executive, Environment Agency or Local Authorities. 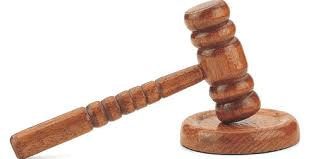 New legislation has come into force granting magistrates powers to issue unlimited fines for health and safety offences in England and Wales. The legislation is contained in section 85 of the Legal Aid, Sentencing and Punishment of Offenders Act 2012.

This legislation came into effect on 12 March 2015, and provides that fines for breaches of Health & Safety are no longer capped and so will now be unlimited.

Previously, the fine options available to magistrates, with regard to breach of regulations such as COSHH, were capped depending on the nature of the offence committed. The capped limit of fines was £5,000

So these fines are now now unlimited and will apply to offences committed on or after the 12 March 2015.

So what are the reasons behind this?

There are a number of reasons for the removal of the cap:

Firstly, it is perceived that fines act as a greater deterrent to offenders, and until now, magistrates have been curtailed when it came to sentencing.

Going forward, magistrates will now be able to issue more proportionate fines. Whereby previously magistrates would commit a matter to the Crown Court where it was felt their sentencing powers were inadequate, now they will be able to adequately sentence the offender. This will, in theory, free up the Crown Court to deal with serious offenders and reduce delay and costs previously incurred as a result of the committal. It is also perceived that the court that has heard all of the evidence and facts of the case are in the best place to make a just decision in relation to sentencing 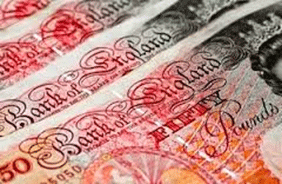 The unlimited fine will of course have serious consequences for businesses. Whereas previously it may have been seen to be advantageous to keep a case in the magistrates’ court for hearing, due to the cap on fines (and on the basis that the matter stayed within the magistrates’ court for sentencing), rather than elect a Crown Court hearing, it is now likely an organisation may now choose to elect to have their hearing in the Crown Court in order for any sentence to be assessed by a judge, rather than a lay magistrate.

But what about the situation where an organisation wants to plead guilty at the earliest opportunity in order to benefit from maximum credit for an early guilty plea? It appears inevitable that the norm, going forward, will be for cases to be dealt with in the magistrates’ court, which could, from a tactical point of view be risky. It is possible that we may even see organisations entering a not guilty plea in order to elect trial to the Crown Court and then change plea at the first opportunity. This itself would have implications, given that some credit would be lost for not pleading guilty at the earliest opportunity, but this may be considered a small price to pay for being sentenced by a judge. 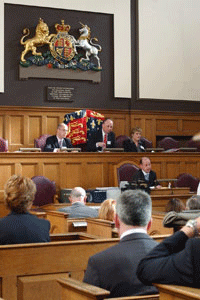 Later this year new sentencing guidelines for health and safety offences, corporate manslaughter and food safety and hygiene offences will come into effect (currently there are only sentencing guidelines for corporate manslaughter and health and safety offences causing death). It is anticipated that the guidelines will encourage magistrates to make use of the higher level of fines available to them (as demonstrated in the Environmental Sentencing Guidelines which came into effect July 2014), whereby magistrates are required to focus on annual turnover of an organisation in order to reach a starting point for the fine amount.

For the meantime, magistrates will have the ability to issue unlimited fines without any guidance in respect of health and safety offences, where no death has resulted. It is anticipated that the greater sentencing powers of the magistrates, combined with the new (anticipated) guidelines will lead to a much tougher stance from the courts, with much larger fines being handed down to organisations as a result

If you have any questions about this or any other safety topic then Please contact us by phone 01458 253682, or email  for more information and assistance.

We only have one course set up for August as this is the holiday season.

We have one course already arranged for September but there will be more to come so please keep watching.

3 day APS Accredited 3 Day Course in “The Management of Pre-Construction Health and Safety (2015)” – This 3 day course is suitable for those who wish to act as CDM advisors to Clients, Principle Designers and Contractors or Construction Safety Practitioners

The following are courses already arranged for August and early September

Under the Health and Safety (First-Aid) Regulations 1981, it is the responsibility of the employer to ensure they provide adequately trained persons to cover their First-aid requirements. The following course has been approved and recognised by the HSE as meeting the basic requirements set by the regulations.

Fee: £120 to include Course notes, mid-morning & afternoon refreshments, Finger buffet lunch and a Certificate of Training   (Fee subject to VAT)

CDM Regulations 2015 – for the Smaller Builder – half day course

The Construction (Design and Management) Regulations 2015 (CDM 2015) come into force on the 6th of April 2015, and will apply to all construction projects in the UK incl. Domestic projects

This CDM 2015 awareness training course has been developed to provide smaller builders and tradesmen, especially those who haven’t dealt with CDM before, with an understanding of their role and responsibilities under CDM 2015.

This course give an overview of the requirements for smaller builders and domestic clients and how the regulations apply to all construction projects from minor repairs and decorating works through to building a new house for a domestic client.

Fee: £80 to include Course notes, Coffee on arrival & mid-morning refreshments and a Certificate of Training (Fee subject to VAT)

For more information and to book and pay on line please visit our training page.

Your Business is Safer in Our Hands