The unsatisfactory approach to workers’ safety shown by a north east London firm,

Led to a young employee having a thumb and three fingers severed, a court has heard. 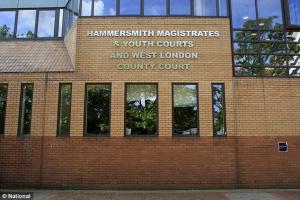 Walthamstow-based Maple Windows Co Ltd failed to ensure employees were using a powered saw in the right way. It also failed to properly supervise them.

On Tuesday 30 June 2015 Hammersmith Magistrates were told that, on 11 October 2013, the 22-year-old worker, who does not wish to be named, was cutting a small piece of uPVC using a powered saw at their main premises in Argall Way.

He disconnected the compressed air supply to the saw so he could move the saw head manually. However, as he pressed down on the saw head, the blade guard rose trapping his fingers and dragging them into the rotating blades.

His thumb and three fingers on his dominant hand were cut off. Although surgeons were able to reattach his thumb and two fingers, the middle finger was fully amputated. Nearly 18 months on, he is unable to move his index finger, has little strength in the others and has great difficulty completing everyday tasks.

A newly-married man at the time, he has not been able to return to work and fears for his future employment prospects.

The court heard that employees sometimes disconnected the air supply when cutting short pieces of uPVC. However, doing so defeated the saw’s safety systems. HSE discovered the company didn’t do enough to stop the poor practice even though they knew the dangers of disconnecting the supply and misusing the equipment.

Maple Windows Company Ltd, registered at Eastern Avenue, Gants Hill, Ilford, Essex, was fined a total of £15,000 with £913 in costs after admitting breaches of both the Health and Safety at Work etc. Act 1974 and the Provision and Use of Work Equipment Regulations 1998. The District Judge also ordered the Company to pay the injured man £5,000 in compensation.

“This young worker suffered a serious life-changing injury that has had a very damaging impact on him and his family.

“The accident happened because some workers misused the saw. Lacking supervision meant that the Company did not detect the unsafe practice. After the incident Maple Windows dealt with both issues to protect their workers”.

“All firms must ensure workers understand the risks within their environment and the measures to control them. And equipment should only be used for tasks it is suitable for.”