A Dinnington steel processing company admitted safety failings after one of its workers had his arm crushed in machinery. 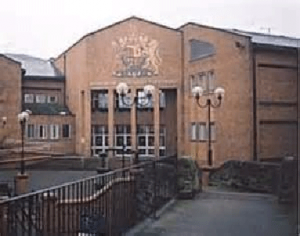 Roger Marshall had his arm amputated after it was crushed by a machine he was using to straighten steel coils before cutting them into lengths on 11 February 2014.

Rotherham Magistrates’ Court heard the machine was still being set up to draw the steel coil at the time of the incident, and the worker had only drawn two lengths before stopping because the bars were coming out unevenly.

The employee bent over to examine the die and could see that one of the small pieces of metal offcuts positioned to assist in the straightening process had fallen out of position.

While repositioning the displaced metal he was struck by the clamp head of the machine ‘ram’ which crushed his left arm against the die block.

The company admitted that they had failed to carry out a suitable and sufficient risk assessment that may have helped to identify the shortcomings in machinery guarding.

2.Section 2(1) of the Health and Safety at Work etc Act 1974 states: “It shall be the duty of every employer to ensure, so far as is reasonably practicable, the health, safety and welfare at work of all his employees.”