Food firm in court after worker’s hand pulled into machinery

Leading food manufacturer Baxters has been fined for serious safety failings after a worker was injured when his hand was caught between a conveyor belt and roller.

Kayode Ezekiel Ogundele, was employed by Baxters Food Group Ltd at its Riverside Factory in Fochabers when the incident happened on 19th March 2013. 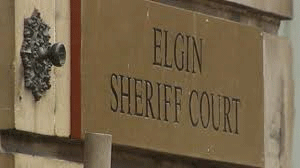 Mr Ogundele was working on a newly-installed Fray Bentos line as a general operative, carrying out a range of tasks, including removing the cases of product, when his hand was drawn into the gap between the moving conveyor and a newly-installed roller.

Unable to remove his hand or stop the conveyor, a passing forklift truck driver came to Mr Ogundele assistance, but he had suffered lacerations and open wounds to three fingers on his hand. He was off work for a month, still suffers pain in his hand and no longer has full movement.

An Health and Safety Executive (HSE) investigation found that while Baxters’ had assessed some of the risks of the new line, it had failed to identify the need for further assessments once it had been fully installed.

Elgin Sheriff Court was told today (7 May), that although Mr Ogundele was given a basic induction and health and safety briefing when he started work, he had not been instructed on the specific machinery he was operating. The task of picking up cases meant staff got closer to dangerous parts of the machine, where the conveyor and roller came together. The risk was increased by the fact that the danger area could be obscured by the item being lifted.

Following the incident, a tunnel guard was fitted along with pop-up rollers, and a full assessment of risks of the line was carried out, which identified other potential nip points, where additional guarding was required.

Baxters Food Group Ltd, of Highfield House, Fochabers, Moray, was fined a total of £6000 after pleading guilty to an offence of breaching Regulations 11(1) and 11(2) of the Provision and Use or Work Equipment Regulations 1998.

“This was an entirely avoidable incident. The dangers of nip points, or the gaps between a moving belt and a stationary part of a machine, are well-known in the industry.

“Baxter Food Group Limited should have carried out a full assessment of the risks to workers of the new production line. That would have identified what needed to be done and the company could have taken the right action by introducing guards and other safety measures where necessary.

“As a result of the company’s failings, Mr Ogundele suffered injuries to his left hand which still cause him problems.”

Regulation 11(1) of the Provision and Use of Work Equipment Regulations 1998 states: “Every employer shall ensure that measures are taken to (a) prevent access to any dangerous part of machinery or to any rotating stock-bar; or (b) to stop the movement of any dangerous part of machinery or rotating stock-bar before any part of a person enters a danger zone.”