Renown Consultants Limited, failing to ensure that they were sufficiently rested to work and travel safely. 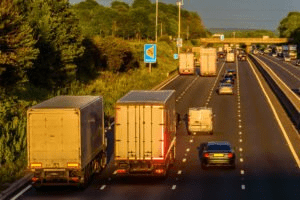 Nottingham Crown Court heard that Zac Payne, 20, and Michael Morris, 48, died on 19 June 2013 when Mr Payne fell asleep at the wheel of the work van and came off the motorway, crashing into a parked van, while driving back to Doncaster after a night shift in Stevenage.

The previous day Mr Payne had left Doncaster at 4.30am and driven to Alnmouth, Northumberland, arriving at 7.30am to carry out work on the railway. The expected work did not take place, so after waiting until midday Mr Payne started the drive back to Renown’s Doncaster depot, arriving at 3pm.

On his way to the depot he was asked to take on an overnight railway welding job in Stevenage and, in company with Mr Morris, they set off from the depot at 7.18pm arriving at the site at 9.47pm.

The two men then undertook welding jobs from 11.15pm leaving the site once they had finished at 3.40am. The crash occurred at around 5.30am as Mr Payne was driving back to Doncaster.

The Office of Rail and Road (ORR) told the court that Mr Payne, who like his colleague was employed on a zero-hours contract, was suffering the effects of fatigue and may have fallen asleep at the wheel or  experienced ‘microsleeps,’ which hugely increased the risk of a traffic accident.

The court was told that Network Rail had asked Renown for an additional welding team for the Stevenage job at 7.30am on 18 June and Renown had accepted the job before considering if it had sufficient well-rested employees and before speaking to Mr Payne. The company did not follow its own fatigue management procedures, nor did it comply with the working time limits for safety critical work, such as welding, which insist there should be a ‘minimum rest period of 12 hours between booking off from a turn of duty to booking on for the next’, and it did not conduct a sufficient and suitable risk assessment of Mr Payne’s fatigue.

Mr Payne was also permitted to drive, despite the company’s insurance policy that stipulated only over 25s may drive their vehicles, and heard evidence from other members of staff that the policy was routinely flouted.

ORR found that Renown’s policies and procedures were particularly inadequate because employees were on zero hours contracts, and these contracts created an obvious incentive for employees to volunteer for work when they were too tired as they were only paid for the shifts they worked. This was made worse as Mr Payne, and other trainee welders, were reliant on Renown for securing the qualifications they needed to qualify as welders, which discouraged them for refusing shifts.

“Our thoughts are with the family and friends of Mr Payne and Mr Morris.

“The rail industry relies on a huge workforce of skilled manual staff often working at night and on shifts. Fatigue is a real and known risk which reduces alertness and affects performance. Today’s tragic case shows the fatal consequences that can occur when fatigue policies are disregarded. Safety comes first and ORR will continue to monitor and take action where companies do not take sufficient care to ensure their workforce is not too tired to work.