Transport for London (TfL) has confirmed that an engineer has been killed whilst working on travellator at Waterloo Station. 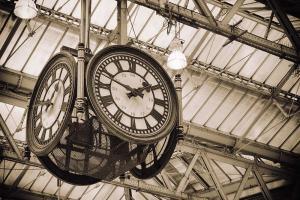 A contractor has been killed whilst working on a moving walkway between platforms at Waterloo Station in the early hours of Wednesday morning. The man, who has not yet been named, was treated by paramedics at the scene, before being pronounced dead at 02:20 BST.

His death is being treated as unexplained and is currently being investigated by British Transport Police. It said in a statement: “Officers were called just after 2.20am last Wednesday (Wednesday 18 September 2019) to London Waterloo Underground Station following reports that a contract worker had received an injury.

“London Ambulance Service and London Fire Brigade were already on scene and it became apparent the incident was more serious.

“Lifesaving attempts were very sadly unsuccessful, and a man was pronounced dead at the scene.”

“We are also very conscious of the impact this sort of incident has on first responders and station staff, and a full support network has been stood up.

“This is at the very early stages of understanding what has gone wrong here. I would like to reiterate our deepest condolences to the family of the individual concerned.”