It is an offence under the Misuse of Drugs Act 1971 for any person knowingly to permit the production, supply or use of controlled substances on their premises except in specified circumstances (e.g. when they have been prescribed by a doctor).

Drug and other substance misuse is everyone’s concern. It damages health, causes absenteeism and reduced productivity

So, this week I will look at Drugs to hopefully make you all aware of the risks. I will also try and outline the employer’s position and explain what he can and cannot do if he has an employee with a drink or drugs problem.

This week’s 2 recent HSE cases look at accidents where there was a lack of H&S management.

This is aimed at all employees and employers and looks at drug-related problems in the workplace.

It provides a basic understanding of the signs, effects and risks of drug misuse. It also sets out a best practice approach to dealing with drug-related problems at work.

Is it my concern? 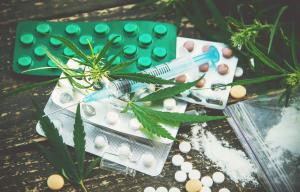 Yes. Drug misuse can be a serious problem not only for the mis-user but also for the business where they work and, sometimes, for their co-workers. The possession of some drugs is illegal, exposing the mis-user to the risk of criminal charges as well as causing harmful effects to their health. You could be breaking the law if you knowingly allow drug-related activities in your workplace and you fail to act. It is just as important to know the implications to both your employees and business of not tackling drug misuse, particularly where safety is involved.

Successfully tackling drug misuse can benefit both your business and your employees. For example by:

So what is drug misuse?

‘Drug misuse’ refers to the use of illegal drugs and the misuse, whether deliberate or unintentional, of prescribed drugs and substances such as solvents. Drug misuse can harm the misuser both physically and mentally and, through the misuser’s actions, other people and the environment.

Historically, society regards alcohol, tobacco and caffeine differently from other drugs and the problems associated with their use are well documented. So, we are not going to consider alcohol in this newsletter except to remind you that simultaneous use of alcohol and drugs is particularly dangerous.

Also, please note that whilst, as explained last week, 1 unit of alcohol will take 1 hour to leave your bloodstream. Drugs such as Cannabis, heroin or cocaine take days. Or to put it another way;

Taking Drugs – What are the signs?

Drugs can affect the brain and the body in a number of ways. They can alter the way a person thinks, perceives and feels, and this can lead to either impaired judgement or concentration. Drug misuse can also bring about the neglect of general health and well-being. This may adversely influence performance at work, even when the misuse takes place outside the workplace.

Signs of drug misuse which you might look for include:

Remember: all the signs shown above may be caused by other factors, such as stress, and should be regarded only as indications that an employee may be misusing drugs.

If you knowingly allow an employee under the influence of drug misuse to continue working and his or her behaviour places the employee or others at risk, you could be prosecuted.

Your employees are also required to take reasonable care of themselves and others who could be affected by what they do at work.

The Transport and Works Act 1992 makes it a criminal offence for certain workers to be unfit through drugs and/or drink while working on railways, tramways and other guided transport systems. The operators of the transport system would also be guilty of an offence unless they had shown all due diligence in trying to prevent such an offence being committed.

The principal legislation in the UK for controlling the misuse of drugs is the Misuse of Drugs Act 1971. Nearly all drugs with misuse and/or dependence liability are covered by it. The Act makes the production, supply and possession of these controlled drugs unlawful except in certain specified circumstances (for example, when they have been prescribed by a doctor). If you knowingly permit the production or supply of any controlled drugs, the smoking of cannabis or certain other activities to take place on your premises you could be committing an offence.

What can you do as an employer?

All companies – large and small – can benefit from an agreed policy on drug misuse.

As with alcohol, such a policy should form part of your organisation’s overall health and safety policy. Many large organisations have policies that describe their position on drug misuse. A written drugs policy has many advantages, for example leaving less room for misunderstanding than an informal ‘understanding’.

A straightforward four-step process to establish and implement a policy for dealing with drug misuse at work is set out below.

Step 1 – Find out if there is a problem

You may want to explore carefully some key areas of your business:

These may help you to find out if drug misuse is harming your business.

Following Step 1 allows for a better understanding of the many aspects of drug misuse at work. It will provide you with a clearer picture of how drug misuse affects your business. But how do you make this work in practice?

You may want to think about the following:

In deciding what to do, you will almost certainly need to consult others. In larger organisations, good practice would be to set up a working party led by a senior manager to look at the issue of alcohol as it affects the business, also involving the occupational health practitioner where available.

This may not be feasible in smaller businesses, but you will find it useful to talk to:

Remember, getting the support of your workforce for any change in company rules will be much easier if staff or their representatives have been involved.

WHAT CAN I DO IF I SUSPECT AN EMPLOYEE HAS A DRUG PROBLEM?

Employees with a drug problem should have the same rights to confidentiality and support as they would if they had any other medical or psychological condition.

What if they won’t admit that they have a problem?

It may be very difficult for people to admit to themselves or others that they have a drug problem. They may feel there is a stigma attached to drug misuse and they may well fear reprisals if they admit to taking illegal drugs. Whilst your freedom to act may be limited if it becomes clear that an employee has broken the law at work, you should let staff know that you will, as far as possible, treat drug misuse as a health issue rather than an immediate cause for dismissal or disciplinary action.

Should I dismiss them?

Disciplinary action may be taken as a last resort. You could be judged (by an industrial tribunal) to have unfairly dismissed employees whose work problems are related to drug misuse if you have made no attempt to help them. However, you may need to temporarily move them to another job if their normal work is safety-critical.

Should I allow them time off to get help?

The cost of recruiting and training a replacement may be greater than the cost of allowing someone time off to get expert help.

Who else can help them?

If one of your employees is misusing drugs, you should encourage them to seek help from your organisation’s occupational physician or nurse (if you have one), their GP or a specialist drug agency.

In taking action, you need to ensure that you have the support of other managers and gain the support of your employees. When you have gathered together your information and consulted relevant people you will be ready to take action

Step 4 – Checking what you have done

You should regularly check to see if the policy is working and whether any changes need to be made. You may need to look again at the aspects set out in Step 1 and see if the situation has changed, e.g has sickness absence or the number of accidents altered? You might also want to check whether your employees are still sufficiently aware of the issue of drug misuse and its consequences.

Drug screening or testing is a sensitive issue because of the many employment implications involved. Securing the agreement of the workforce to the principle of screening is essential (except in cases of pre-employment testing), partly because of the practical and legal issues involved.

More organisations – particularly those in safety-sensitive industries -are using screening and testing as a way of controlling drug problems. There may be a case for considering the introduction of screening, particularly in certain critical jobs (eg staff who have responsibility for making safety-critical decisions such as drivers, pilots and some machinery operators) in which impairment due to drugs could have disastrous effects for the individual, colleagues, members of the public and the environment.

Screening is only likely to be acceptable if it can be seen to be part of an organisation’s occupational health policy and is clearly designed to prevent risks to the misuser and others.

Screening by itself will never be the complete answer to problems caused by drug misuse and its results must always be supplemented by a professional assessment of the employee.

If you require further information about this, or any other H&S Topic, please contact us by phone 01458 253682 Email [email protected] or via our Facebook page  or by Twitter

We have become limited and appointed a new director 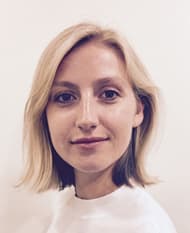 Jon Wilkins’ daughter, Mrs Ruth Orr is now also listed as a director. Like her father, she too was educated at King’s College Taunton.

She is a director of the company and is responsible for ensuring that the administrative activities within the practice run efficiently and effectively, as well as providing core support to the management team.

Her background is in banking having been a Business Bank Manager with Lloyds Bank plc.

Ruth is married and lives with her husband in Bristol.

Please remember that we now run these CPD events at the Exchange House, 12 – 14 The Crescent, Taunton TA1 4EB. 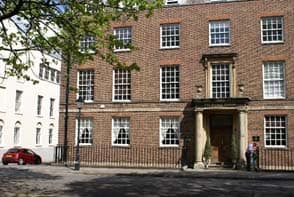 The next of the CPD events is listed below.

As previously requested, if you could let us know whether or not you can attend it would be greatly appreciated. Also, if you would like to give a talk, or know of somebody who would, please contact Jon at [email protected]

Our speaker for this one is David Holmes from Sika Limited with their recently updated RIBA approved CPD entitled “Roofing Solutions, Managing Risk for the Principal Designer”.

If you haven’t already booked your place, or if you are not on the CPD Seminar mailing list but would like to be please drop Jon an email and he will deal with your request.

As per our last one if you could let Jon know whether or not you can attend within 7 days of receipt of his email, it would be greatly appreciated. 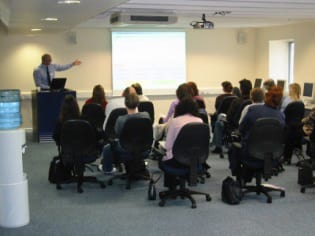 The latest batch of courses are over but new ones to follow soon.

But remember we are still available for running “In House” courses and are looking to add new training courses to our list.