Do you drink enough when you drive?

Home/Blog, Main/Do you drink enough when you drive?

Do you drink enough when you drive? 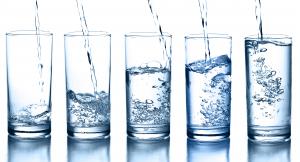 No don’t panic, I’m not suggesting you all start drink driving, well not alcohol anyway. But studies have shown that dehydration has “same effects as drink-driving”

Research has revealed that more than two in three (67%) UK drivers fail to recognise major symptoms of dehydration, including:

These [and others] can potentially put drivers and others at risk. So, this week I thought we should look at the need to drink water.

Do you drink enough before you drive?

Health authorities have, for a long time, recommended that adults should drink at least two litres of water a day. But this research has found that 37% of those surveyed are only drinking one litre of water a day, with 18% drinking less than one litre a day.

Drivers make more than twice as many mistakes when they are just mildly dehydrated, according to this research. The study showed that drivers who had only drunk 25ml of water an hour made more than double the number of mistakes whilst driving than those who were properly hydrated. This is a similar amount as those who have drunk over the legal drink drive limit!

“We all deplore drink driving, but we don’t usually think about the effects of other things that affect our driving skills, and one of those is not drinking and dehydration.

“There is no question that driving while incapable through drink or drugs increases the risk of accidents, but our findings highlight an unrecognised danger and suggest that drivers should be encouraged to make sure they are properly hydrated.

“To put our results into perspective, the levels of driver errors we found are of a similar magnitude to those found in people with a blood alcohol content of 0.08%, the current UK legal driving limit. In other words drivers who are not properly hydrated make the same number of errors as people who are over the drink drive limit.”

So how can dehydration affect you?

Well dehydration can affect you in a number of ways. It can result in reduced mental functioning, i.e. reducing your ability to react to things as quickly, causes mood swings, and reductions in concentration, alertness and short-term memory. It can also be a cause of headaches. When you next go for a headache pill such as paracetamol, consider the fact that, the water you drink to take the pill will probably be all you need to cure the headache. So just drink water without the pill and see what happens.

So what did this study show?

Each volunteer visited the laboratory on three separate occasions and used the simulator on one day while normally hydrated and on a dry day.

The simulated driving task included a two hour continuous monotonous drive on a dual carriageway, with bends, a hard shoulder and simulated auditory ‘rumble strips’, and slow moving vehicles which had to be overtaken.

On one day, the volunteers were provided with 200ml of fluid every hour, and on the dehydration test day, only 25 ml an hour.

Drivers errors, including lane drifting, late braking, and touching or crossing the rumble strip or lane line, were calculated for each condition and compared.

Results show that there was a big increase in driving errors.

Whilst driving properly hydrated there were 47 driving errors recorded, but when the volunteers were dehydrated the number of recorded errors rose to 101 which is more than double. It was also found that, when dehydrated,  the error rate increased during the two hour period, peaking in the last thirty minutes.

So this study showed that being dehydrated resulted in a significant increase in minor driving errors during a prolonged, monotonous drive, compared to that seen while performing the same task in a hydrated condition.

The researchers concluded that: “The level of dehydration induced in the present study was mild and could easily be reproduced by individuals with limited access to fluid over the course of a busy working day.”

The researchers, pointed out that driver errors account for 68 per cent of all vehicle crashes in the UK, and that mild dehydration can produce negative changes in mood and reductions in concentration, alertness and short-term memory,as well as headache and fatigue.

As part of this study they also found that a two per cent drop in weight due to insufficient hydration can impair mental functioning and the researchers say these changes in mood and cognition help to explain the drop in performance they found.

Of course, driving in a hot car may lead to significant losses of water over the course of a long journey, and that the the effects may be exacerbated by drivers who deliberately restrict drinking to avoid toilet stops on long journey’s.

Iain Temperton, Director of Communications at Road Safety GB, said: “Before you start a journey you should make sure your vehicle is prepared, but just as importantly you should ensure that you are ready and fit to drive.

“Driving on our ever more congested network is a task that requires full concentration. Making sure you are fully hydrated is a vital part of that process; the safety of vulnerable road users around you depends upon it.”

Does this also apply to people when working albeit not driving?

Well the answer is quite simply YES. It doesn’t matter whether you are working at a desk, in a factory, on a building site, a farm or any other workplace. If you are not drinking enough water during the day, you could be putting health and safety at risk.

So please remember to keep a bottle of water close to hand wherever you are working and Employers must ensure that all workers have access to and are allowed to get, water as and when needed.

Water – It is cheap, refreshing, clears your head and can save you having an accident

If you have any questions about this or any other safety topic then Please contact us by phone 01458 253682, email or visit www.wilkinssafety.co.uk for more information and assistance.

Trust you are all having a good summer despite the weather and we hope you will all be able to attend the next CPD Group meeting as it looks like it will be very interesting.

Martin Kent our Customer Relations Manager has arranged this month’s seminar – see below. As previously requested, if you could let Martin know whether or not you can attend it would be greatly appreciated. Also, if you would like to give a talk, or know of somebody who would, please contact Martin.

The first of these Autumn seminars is on Wed 13th September at 12:15pm prompt please: at The Lawns Taunton.

Our Speaker will be from Altro Flooring will be coming along to do a “Designing for Dementia”.

Just to give you some advanced notice the next seminar will be 18th October when GronoDec will be coming along.

Then the final Seminar of the year will be 22nd Nov speaker to be confirmed.

We have several courses running soon:

Tell me more about the courses