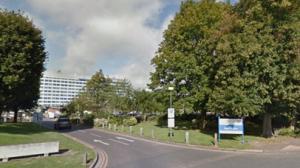 United Lincolnshire Hospitals NHS Trust has been fined following the death of 53-year-old John Biggadike at Pilgrim Hospital in Boston.

Lincoln Crown Court heard that Mr Biggadike, who was a patient at the hospital, died on 10 April 2012 from internal injuries after falling onto an exposed metal post on the standing aid hoist that staff were using to support him.

The knee-pad on the standing aid hoist had been incorrectly removed leaving the exposed metal post that caused the fatal injuries when he collapsed after standing up.

A Health and Safety Executive (HSE) investigation found the Trust did not have systems for training and monitoring how staff used the standing aid hoist and unsafe practices had developed.

United Lincolnshire Hospitals NHS Trust, of Trust Headquarters, Lincoln County Hospital, Greetwell Road, Lincoln, was found guilty of breaching Section 3(1) of the Health and Safety at Work Act 1974. It was fined £1 million and ordered to repay £160,000 in costs.

The trust has also been ordered to pay £3800 to Mr Biggadike’s family to cover the costs of the funeral.

“John didn’t deserve to die the way that he did. One day I had a brother and the next I didn’t.”

“First of all, our thoughts remain with John Biggadike’s family. This was a tragic and preventable death.

“If staff had received effective training and monitoring in the use of the standing aid hoist Mr Biggadike’s death could have been avoided.”