The HSE have released the latest statistics for 2015/16. The encouraging aspect is that they are getting better year by year. However, they are still too high! So this week I thought that I would give you some figures to consider. 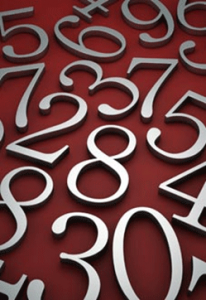 The latest figures from the HSE show:

1.3 million people who worked during the last year were suffering from an illness (long-standing as well as new cases) they believed was caused or made worse by their current or past work. 0.5 million of these were new conditions which started during the year.

A further 0.8 million former workers (who last worked over 12 months ago) were suffering from an illness which was caused or made worse by their past work.

2515 people died from mesothelioma in 2014 and thousands more from other occupational cancers and diseases such as Chronic Obstructive Pulmonary Disease COPD.

More than half of these cancer deaths were caused by past exposures to asbestos (either mesothelioma or asbestos-related lung cancer). The next four biggest categories of occupational cancer were lung cancer due to silica, diesel engine exhaust, and mineral oils, and breast cancer due to shift work 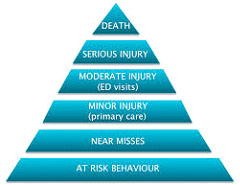 What does all this cost?

It is estimated that it cost a total £14.2 billion per year resulting from current or recent working conditions (2014/15 estimate in 2015 prices). It must be noted that costs have fallen with signs of levelling off in recent years although these figures exclude costs of cancer – work is underway to estimate these.

And of course the largest single cost is non-financial value given to pain, grief and suffering!

As we announced a fortnight ago, we have agreed to take over the running of the regular Free to attend CPD Seminars at the Lawns Club in Taunton.

These were run for a number of years by Marlene Burnell of Pick Everard but they have now withdrawn from Taunton and the seminars were ended.

Well Martin Kent our Customer Relations Manager has taken on the challenge. Initially we aim to run monthly meetings hopefully then becoming fortnightly or even weekly as before, So Martin is looking for any speakers that may be interested in giving a 40 minute talk on a Wednesday Lunchtime. Please contact him.

The first seminar was Ian Brookes from the Britmet Group, who spoke about Lightweight Roofing Systems

The second of these new seminars is on Wednesday 24th May at 12-30pm at The Lawns Taunton.

We have a Speaker from the Thorn Lighting, and he will be giving a presentation about the recent changes to LG7 which we hope will be of high value to your business.

We are pleased to announce that we are in the process of being appointed as a British Safety Council approved Training Centre.

There are more courses to follow in May and June – See below.

We are also looking to run some short Health and Safety awareness sessions to emphasise the need for improving your H&S procedures.

Also remember we are still available for running “In House” courses and are looking to add new training courses to our list.