Care worker imprisoned after the death of service user

Nikki Deaney, a former care worker at Springwood Day Centre, has been sentenced after the death of service user Majid Akhtar. 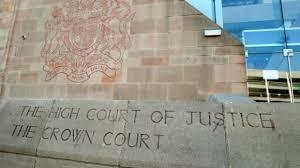 Nottingham Crown Court heard how a group of service users from the day centre, including Majid, had been on a trip to Kings Mill Reservoir.

Ms Deaney, who at the time was supposed to be providing one to one supervision, lost sight of Majid, who drowned when he suffered an epileptic seizure around the time that he fell into the reservoir.

A joint investigation by the Health and Safety Executive (HSE) and Nottinghamshire Police found that Ms Deaney spent a significant amount of time on her mobile phone instead of giving her full attention to Majid while walking with him around the reservoir.

Nikki Deaney of Sneinton Dale, Nottingham pleaded guilty to breaching section 7(a) of the Health and Safety at Work Act 1974 and has been sentenced to four months imprisonment.

“This is a tragic case which was entirely preventable. It highlights the importance of maintaining focus when caring for vulnerable persons.”