A Welsh landfill company have been fined after a worker had to have both legs amputated after being run over. 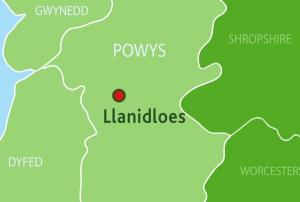 Mold Crown Court heard how the worker was walking across the yard at the Bryn Posteg Landfll site in Llanidloes, when they were hit by a large shovel loader on 6 November 2015. The worker suffered severe injuries and needed both legs amputated at the mid-thigh and was hospitalised for six-months.

An investigation by the Health and Safety Executive (HSE) found the company did not have and controls in place to protect workers from the high volume of vehicles and traffic on site. Although they had previously identified the risk and how they could prevent workers being hit by vehicles they did not put the measures in places.

Sundorne Products (Llanidloes) Limited, part of the Potter Group, in Henfaes lane, Welshpool, Powys pleaded guilty to breaching Section 2 and Section 3 of the Health and Safety at Work (1974) Act and were fined £180,000 and ordered to pay costs of £7,657.10.

“It is extremely important to identify how to protect your workers but you must back this up with action. This worker’s and his families lives have been changed forever because Sundorne Products Ltd failed to take action and protect their workers from being run over by vehicles on the site.

All businesses that have high volumes of vehicles on their site can learn from this case.