A Northamptonshire company who manufacture crisps and snacks has been fined after an agency worker lost the tops of three fingers.

Northampton Crown Court heard how an agency worker, working at Tayto Group Limited was clearing a blockage of material from a machine on the production line. 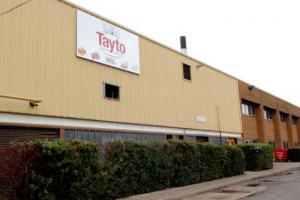 The workers hand came into contact with shears and three fingers on his right hand were severed, below the first knuckle.

An investigation by the Health and Safety Executive (HSE) into the incident, which occurred in August 2015, found that the guard on the machine was not secured at the time of the incident. The company had not implemented a formal monitoring system on this machine, to ensure that all guards were in place and secure before the machine was started.

Tayto Group Limited, of Princewood Road, Earlstrees Industrial Estate, Corby, Northamptonshire, pleaded guilty to breaching Regulation 5 of the Provision and Use of Work Equipment Regulations 1998 (PUWER), and was fined £330,000 and ordered to pay costs of £11,752.23.

‘This man suffered a life-changing injury in what was an entirely preventable incident. Employers must have adequate and robust systems to ensure that guards used to prevent access to dangerous parts of machinery are in place and secure before machinery is put into use.’