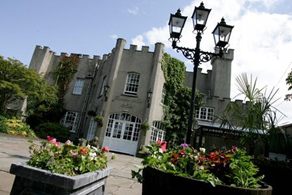 A construction company from Northallerton has been fined after a worker suffered facial injury from a crowbar.

Durham Crown Court heard how Walter Thompson (Contractors) Limited (WTL) was Principal Contractor for the 47 bedroom extension of the Ramside Hall Hotel, Durham. During the installation of concrete floor slabs a worker was struck in the jaw by a crowbar when it became trapped between two of the slabs. He suffered a head injury, including lacerations to the head and jaw and dislocated teeth.

An investigation by the Health and Safety Executive (HSE) into the incident, which occurred on 15 December 2014, found that WTL failed to adequately plan and manage the installation of the two floor slabs.

Walter Thompson (Contractors) Limited, of Construction House, Northallerton, pleaded guilty to breaching Regulation 22(1)(a) of the Construction (Design and Management) Regulations 2007 and was fined £33,000 with £12,552.81 costs.