A council has been fined £75,000 after a four-year-old boy nearly drowned during a swimming lesson. 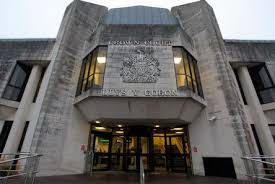 Evan Rhys Davies was taking part in a mix-age and ability play session at the end of his swimming lessons at Bro Ddyfi Leisure Centre when he got into difficulty. The lifeguard had left his station to put out lane ropes for the next lesson, instructors were engaged in other tasks (completing forms) or in conversation with each other or parents.

Swansea Crown Court heard how Evan’s father discovered his son floating face down in the water when he came to pick him up from the lesson. He was pulled from the water and revived at the side of the pool, although deprived of oxygen, he later made a full recovery in hospital.

An investigation by the Health and Safety Executive found that the Council had failed to properly risk assess the swimming lessons and in particular that part of the lesson where mixed abilities and ages were allowed to take part in free play. They did not define the position or roles of the staff to supervise free play, failed to deal with the distraction caused by parents coming onto the pool side at the end of lessons and during free play and failed to give adequate time or resource between sessions to reconfigure the pool lane ropes (each session began and finished on the half hour).

“Free play for children learning to swim is an important activity in building their confidence in the water. However, the risks of mixing swimmers of limited ability with children who may be older or stronger in the water must be managed correctly. The council could have taken simple steps that would not have led to a parent’s worst nightmare of finding their child floating unconscious in a swimming pool. Evan is lucky his father turned up when he did.”