Have you noticed that most weeks there is some headline in the tabloid press about how “Elf and Safety” is stopping people from working or getting on with their lives.

If you believed everything they wrote you would think that health and safety is only there to make your life difficult or, if you run a business, to cost you more money.

But have you ever considered that our safety culture often isn’t intrusive enough.

So this week I thought that I should look at some of the important Health & Safety legislation we have in place and also think about the real issues behind many of these “Elf & Safety” Headlines.

We hope you learn from the mistakes of others that are highlighted in our weekly newsletters and, as a result, do not have similar accidents at your workplace.

Yes we have all seen the headlines such as “Council bans hanging baskets amid safety fears” or “Daffodils are a Danger to the Public”.

Generally, these sort of stories are nothing whatsoever to do with Health & Safety but rather that H&S is used as a justification for their actions. 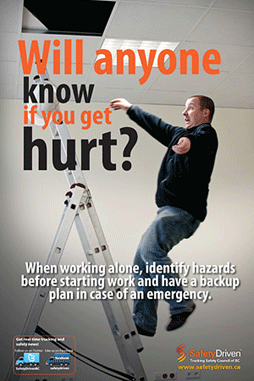 Take the banning of hanging baskets for Health & Safety reasons for example. If the bracket that is supporting the hanging basket is securely fixed to the wall, then the chances of that basket falling off and hitting somebody on the head is virtually NIL.

Possibly the real reason was a shortage of money to allow them to put up and then maintain the baskets. Well why not just admit that?

A family arranging a funeral were told by the undertaker that the deceased would not be allowed to wear shoes as it was against health and safety regulations.

Health and safety at work legislation does not stop undertakers enclosing shoes in coffins. Depending upon whether the deceased is to be buried or cremated after the funeral, there may be other reasons for not allowing shoes but this should have been explained properly to the enquirer. It is certainly not a health and safety matter. 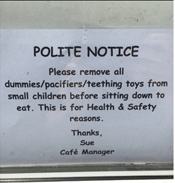 A mum had to leave a café as the manager banned the use of dummies for young children and babies for health and safety reasons.

Health and safety at work legislation does not stop babies using dummies in cafes. This appears to be the café’s company policy which according to the press article they relate to strict food hygiene guidelines. The cafe should clearly explain the reason behind their policy rather than dumbing down the issue and blaming health and safety.

Of course some publications seem to be milking the anti EU sentiment in the country – blaming “Brussels” for an over intrusive safety culture. For example:

Here’s another story that was made up by a journalist needing to fill column inches, this was found in a national daily paper. The story was that EU health & safety regulations meant that homemade jam couldn’t be sold in re-used jars at Women’s Institute sales, village fetes and so on. But there’s no such regulation.

So how is our health & safety legislation put together?

Under the HASAWA there are the Management Regulations: Management of Health & Safety at Work Regulations 1999, (MHSW) and The Construction (Design & Management) Regulations 2015, (CDM). These say that you must get it right by Managing Challenges.

Then below these are hundreds of Regulations such as the Reporting of Injuries, Diseases and Dangerous Occurrence Regulations 2013 (RIDDOR) and The Working at Height Regulations 2005 (WAH) These just explain the right level of detail that you should reach.

These might sound very dry and boring but they cover crucial issues such as the safe operation of workplace machinery, risk assessment of working practices and safe and healthy workplaces. All absolutely vital.

Yes, some of these have come as a result of European Directives but that doesn’t make them any less valid. Indeed, GB has been a leading player in getting these pieces of legislation developed and on to the Statute Books. So I expect the legislation to continue to develop and improve for years to come even when we have finally finished BREXIT.

An accident at work can have serious impact on people’s lives.

The impact of a serious injury on a working person and their family can be devastating and, of course, sometimes permanent. As well as the pain and misery felt by the injured party, there is the stress and anguish felt by their family and friends. Not to forget the impact on work colleagues and the business at a whole but there are also sound economic reasons for a robust safety culture at work.

The injured party often faces a future with a reduced wage which effects their family and standard of living. The employer faces the prospect of disruption to their business causing them to possibly miss deadlines or need to employ additional new staff members to catch up.

Of course then there is the prospect of facing a prosecution by the HSE with fines imposed, where the employer is shown to be negligent. Plus of course the civil claim that may come from the injured party if the employer was found to be failing in his duty of care.

There is now an enormous body of evidence to show that staff who feel safe at work are more loyal and productive and add to the quality of whatever workforce they belong to – be it a service industry such as healthcare or in a factory type environment.

There is also the wider social element to injuries at work such as the cost of benefits and loss of tax revenues.

So please, in future take a look behind the headlines and you will often find that it’s the risk of litigation that terrifies companies.

The fear of being sued will sometimes drive people to ever increasing avoidance of risk.

Don’t blame health and safety for this. Blame our litigious society and the “Can I make some money out of that? “attitude that seems so prevalent nowadays.

Health and Safety legislation, The HSE and companies such as The Wilkins Safety Group are only here to help you keep healthy and safe whilst at work.