The Ministry of Defence (MoD) has been issued with a Crown Censure by the Health and Safety Executive (HSE) after a soldier died when he was shot in the neck on a training exercise.

Fusilier Dean Griffiths, 21, whose partner was expecting their first child, received a fatal bullet wound to the neck on 14 September 2011 during a ‘live’ training exercise at Lydd Ranges military firing range in Kent. 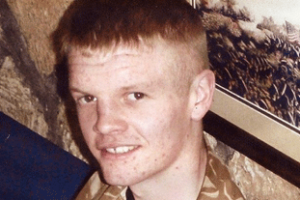 The exercise involved troops approaching a specially built ‘shoot through’ compound (not designed to capture rounds), that had been created to simulate the type of building the troops would encounter in Afghanistan.

The Company were split into an assault group to enter and secure the compound and a fire support group to provide cover. The compound contained both enemy and civilian targets in order to train the troops’ judgement. The targets were made from thin plywood to allow the live bullets pullets to pass through them and avoid ricochets.

The Health and Safety Executive (HSE) investigation found it was usual practice on site that unused targets were laid on the floor to give the appearance of debris. However, on this instance an unused target had been stood up in the wrong place.

Fusilier Griffiths was part of the assault group, and was lined up against the wall of the compound while the wall was breached with a simulated explosion. Two colleagues entered the compound, followed by a safety supervisor, and panned left and right to deal with any initial enemy combatants.

HSE’s investigation found that as one of the troops entered and turned right he saw an enemy target and fired two shots at the target. Almost immediately someone shouted for the exercise to stop and all the men laid down their weapons.

HSE investigators found the exercise was undermanned and two groups had been merged to cope with the lack of resource.

HSE found the incident could have been prevented by not using targets as debris on the compound and by introducing a final walk through before each run through by the RCO (Range Conducting Officer) to ensure all targets corresponded to the target plan for the exercise.

By accepting the Crown Censure, the MoD admitted breaching it’s duty under Section 2(1) and 2(2) of the Health and Safety at Work etc. Act 1974 in that they exposed their employees to risks to their health, safety and welfare. Those risks manifested themselves in a lack of a Safe System of Work at and the manner in which the exercise was organised.

The MoD cannot face prosecution in the same way as non-Government bodies and a Crown Censure is the maximum sanction for a government body that HSE can bring. There is no financial penalty associated with Crown Censure, but once accepted is an official record of a failing to meet the standards set out in law.