A Wirral based company has been fined £170,000 after a worker’s arm was injured in machinery. 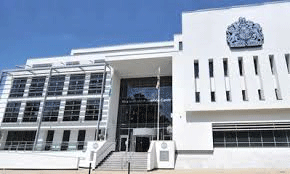 Warwick Crown Court heard how an installation engineer of Sovex Limited suffered a broken arm when it was pulled into machinery at the UK Mail site in Coventry, where he was commissioning a new conveyor belt system.

An investigation by the Health and Safety Executive (HSE) into the incident which occurred on 21 January 2015, found there was a lack of effective guarding and isolation procedures on the machinery.