An NHS Foundation Trust has been fined for safety failings in its management of the use and maintenance of Anetic Aid QA3 trolleys. 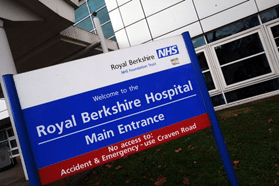 An investigation by the Health and Safety Executive (HSE) followed an incident that happened in March 2011 when a patient at Royal Berkshire NHS Foundation Trust, 90-year-old Major Fyfe, suffered a broken neck and a cut to their head as a result of a fall from a QA3 trolley and he died 26 days later.

Although the HSE did not conclude that in this case Mr Fyfe’s incident was caused by the hospital’s failings, the investigation found that there was a lack of maintenance to the QA3 trolley and a lack of training in an essential aspect of its use.

“This incident could have been prevented. It is especially important in large organisations that they have effective systems in place to control risks and to check that the systems are working. “