A family partnership in Pembrokeshire has been fined after a worker fell through a skylight forming part of the roof of a cattle shed to the concrete floor below. 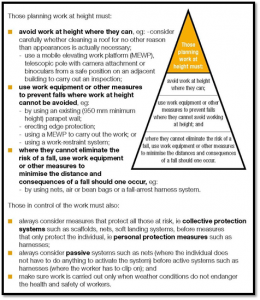 Haverfordwest Magistrates’ Court heard how the Rees family partnership of Gwynne (father), Margaret (mother) and Richard (son) had contracted the company Evans Agri Contracting (EAC) to carry out a one day silage harvest.

It was while doing this that the twenty-four year old worker tripped and fell through a skylight at least four metres to the concrete floor. He suffered a broken right arm and elbow and heavy bruising.

An investigation by the Health and Safety Executive (HSE) into the incident which occurred on 17 June 2014 found that the work on the roof had not been planned and there was no safe system for the prevention of falls off or through the fragile roof.

Rees family partnership, of Dinas, Fishguard, Pembrokeshire, pleaded guilty to breaching Regulations 6(3) of the Work at Height Regulations 2005, and was fined £5,000 and ordered to pay costs of £1121.55.