A company who grow and package salads have been fined after an employee lost the tips of two fingers in a bagging machine. 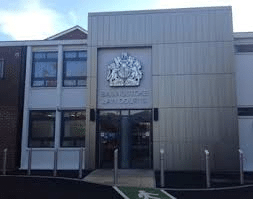 Basingstoke Magistrates’ Court heard how the operator of the bagging machine had reached under the guard to pull film through the machine. The heat sealing and cutting jaws of the machine closed on his fingers. His left middle and ring fingers had the tips amputated.

An investigation by the Health and Safety Executive (HSE) into the incident which occurred on 21 April 2015 found that the bagging machine had a hole cut in the interlocked guards to allow larger bags of salad out of the machine on a conveyor. This also meant that access to the heat sealing and cutting jaws was possible.

Vitacress Salads Limited, of Lower Link St Mary Bourne, Andover, Hampshire, pleaded guilty to breaching Regulation 11(1) of the Provision and Use of Work Equipment Regulations 1998 (PUWER), and was fined £60,000 and ordered to pay costs of £1,088.

“Cutting a hole in the guards led to access to dangerous parts being possible. The company had not properly considered the risks from making this alteration.”