A manufacturing company based in Shrewsbury and its director have been fined after an empty 45 gallon steel drum once containing flammable liquid caught fire and exploded when being cut in half. 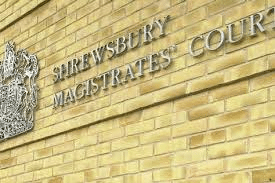 Shrewsbury Magistrates’ Court heard how an employee of SPEL Products had reported the incident, and indicated this particular method of work had been in operation for a significant period of time, and that previous incidents had occurred.

An investigation by the Health and Safety Executive (HSE) into the incident immediately served a prohibition notice (PN) stopping the cutting of metal containers once containing highly flammable liquid or vapour with metal cutting angle grinders.

SPEL Products, of Lancaster Road, Shrewsbury, pleaded guilty to breaching Regulations 5(1), 6(1) and 9(1) of the Dangerous Substances and Explosives Atmospheres Regulations 2002, and was fined £13,666 and ordered to pay costs of £4,856.

Bryan Peacock (Director of SPEL), of Lancaster Road, Shrewsbury, was found guilty of breaching Regulation 6(1) of the Dangerous Substances and Explosives Atmospheres Regulations 2002, and was fined £4,000 and ordered to pay costs of £6,408.

“Carrying out this type of activity on this manor is a well-known risk and there has been many incidents resulting in serious injury and death.”