An Exeter plumber left a gas meter and gas pipe in a dangerous state in a customer’s home after he had undertaken unregistered gas work. 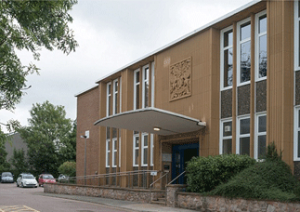 Colin Jones, aged 59, moved a gas meter at the property in The Mede in Exeter, and then connected a new gas boiler to it. Shortly after this work the homeowners smelt gas and called Wales and West Utilities who found two gas leaks, one on the gas meter supply pipe and one on the gas pipe from the meter to the boiler. They classed the situation as ‘immediately dangerous’ as had the leaking gas ignited there was a real risk of an explosion.

The Health and Safety Executive (HSE), investigated the incident and prosecuted Colin Jones at a hearing before Exeter Magistrates on 17 February 2016.

The court heard that Colin Jones had moved the gas meter as part of refurbishment works at the property. He then connected the gas meter to a new gas boiler that had been fitted by a properly registered gas engineer.

Colin Jones, of Linda Close, Exeter, pleaded guilty to breaching Regulation 3(3) and 26(1) of the Gas Safety (Installation and Use) Regulations 1998 and was given a 32 week prison sentence, suspended for 2 years and was also fined a total of £2,000 and ordered to pay £692 in costs.

“Colin Jones put his customers’ lives at risk by carrying out work on gas pipes and a gas meter which he was not legally entitled to do.

“All domestic gas work must be done by registered Gas Safe engineers to ensure the highest standards are met to prevent injury and loss of life.”