Worker suffered fatal crush injuries after being hit by lorry

A commercial vehicle company was ordered to pay £212,500 in fines and costs after one of its workers was killed when a lorry travelling at less than 5km/h crushed him. 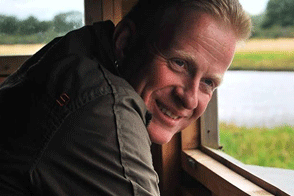 Warwick Crown Court heard Imperial Commercials Limited failed to provide a safe place for its staff to work, failings which led to the death of one its employees, Craig Stewart Dunn, in January 2014.

Mr Dunn, 44, a father of three, was hit by a heavy goods vehicle whose driver could not see what was immediately (up to six metres) in front of him, as the front grill of the HGV he was driving was raised. This was not the first time this practice had been adopted at this site. The court was told that occasionally employees of Imperial Commercials Limited would drive HGV’s around the Wellesbourne site in this unsafe manner.

The driver thought he had just hit a stationary vehicle. On reversing, he realised he had crushed Mr Dunn, who had been working outside Imperial Commercials Limited’s workshop in Loxley Road.

Imperial Commercials Limited, registered at Imperial House, High Street High, Wycombe, was fined £166,000, and ordered to pay £46,500 in costs after pleading guilty at an earlier hearing to offences under Section 2(1) of the Health and Safety at Work etc Act 1974.

“The tragic, needless loss of Mr Dunn’s life could have been prevented had Imperial Commercials Ltd properly considered the risks from the movement of heavy goods vehicles at this site, and provided effective segregation of pedestrians from moving vehicles.

“Even though the vehicle that crushed him was travelling at less than 5Km/h, the size and weight of the vehicle left him no chance of survival.

“Companies that work with vehicles of all sizes need to ensure that all pedestrians are able to circulate and work safely at their premises, at all times.”