Death of father of six

Home/HSE1/Death of father of six

A waste recycling firm has been sentenced after admitting safety failings related to a worker being killed at its premises in Batley. 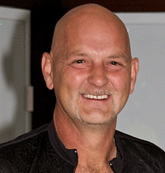 Bradford Crown Court heard that on 17 August 2012, Simon Brook, an employee of Gwynn Davies-McTiffin Ltd was found lying seriously injured at the bottom of a horizontal baling machine.

His legs had been partially severed inside the machine and had to be amputated by a doctor at the scene. The 50-year-old father of six died two days later.

The court heard though there were no witnesses to the incident, it seems likely the deceased was fatally injured when he fell into the baling machine’s hopper while clearing a blockage. A steel pole was found in the chamber, suggesting that Mr Brook had been using the pole to clear a blockage at the time of the accident.

The Health and Safety Executive (HSE) that brought the prosecution said its investigation found that as the machine was operational at the time, and it is likely that Mr Brook falling into the hopper cleared the blockage, causing the machine to automatically restart.

HSE served a Prohibition Notice on the company on the day of the incident prohibiting use of the baler involved due to the guarding deficiencies allowing access to dangerous parts. An Improvement Notice was also served requiring the company to provide systems of work for all foreseeable interventions on the baler.

HSE told the court that failings at the company’s premises in Batley were systemic. Health and safety management systems fell far short of what was required with management failing to ensure that long standing actions from risk assessments were implemented or that safe working practices for clearing blockages were put in place.

The widow of Mr Brook, Diane confirmed in her Victim Personal Statement that

“Every aspect of my life has been affected. Simon lost his life but I have lost my life too. We did everything together. It feels like my lights have been turned off.”

HSE inspector Andrea Jones, who carried out the investigation added:

“The risks of clearing blockages at baling machines are well known in the manufacturing industries, particularly in waste recycling industries.

“Adequate guarding of dangerous moving parts and the provision of safe systems of work including isolating and locking-off machinery are the basic principles for protecting employees.

“Various unsafe methods of clearing blockages were used by several employees over a long period of time. There was no supervision or monitoring by management. This was an entirely foreseeable accident which resulted in fatal consequences.”