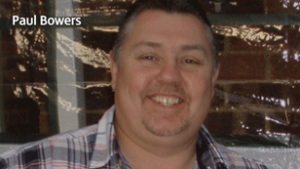 A County Durham firm involved in the manufacture of aeroplane parts is facing an unlimited fine after being found guilty over the death of a worker who was crushed by a “dangerously high” stack of Airbus components.

Paul Bowers, 47, was killed on 26/01/2013, when a pile of metal “stringers” delivered to the warehouse in Hangar 14 of Cambridge Airport toppled on to him. The prosecution said CAV Aerospace Limited was responsible for ordering stock and maintaining health and safety at the warehouse run by a subsidiary.

The company, based in Consett, denied charges of corporate manslaughter and breaching health and safety, but was found guilty at the Old Bailey, after a jury deliberated over four days.

Until its closure in June last year, subsidiary CAV Cambridge Ltd was involved in milling extrusions of raw materials for conversion into parts known as “stringers and ribs” for use in the manufacture of aircraft by Airbus.

Mr Bowers died when an unstable stack of stringers toppled on to him as he made his way down a “designated safe walkway”, trapping him up to his chest and crushing him.

“The collapse of the stack of stringers was the direct result of a more general failure to stack the stringers in a safe and orderly manner throughout the hangar.

“It was made very clear to the senior management of the defendant company that there was a real and increasing risk of a fatality.”

The court was told on-site management were not able to make any operational decisions and purchase of materials, storage and transport was all dealt with by the parent company.

However, Chief Executive, Owen McFarlane told the jury that CAV Aerospace was not responsible for Mr Bowers’ death or the way the parts were stacked at the warehouse.

Jurors were told that the subsidiary CAV Cambridge, was responsible for stacking, so any failings should not be laid at the door of the parent company.

The company denied there was too much stock in the warehouse and insisted that when on occasions there may have been, they did what they could to alleviate the problem by making arrangements for external storage.

Mr Bowers’ widow Jose Bowers attended court as well as a daughter from a previous relationship.

Following the verdict, Mrs Bowers told of the “unbearable sadness and insurmountable hurdles to carry on living without my husband and soulmate”. 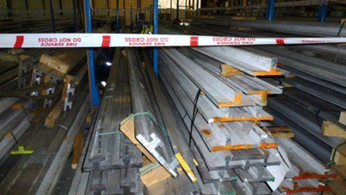 The warehouse just after the accident. Credit: Cambs Police

She said in a statement:

“This has taken from me an amazing and unique husband and our children have lost a very special father and stepfather. Paul was only 47 years old and we had a lifetime still to share with each other.”

“This company ignored repeated and clear warnings about the dangers of their stock levels, refusing to take action partly because it was considered too expensive.

“Paul Bowers and his family have paid the price for the company’s failure to take the action that was so clearly needed. I hope that the company’s conviction today can be a small comfort to his family, and our thoughts are with them at this time.”

Sentencing was adjourned to a date to be fixed.