A Merseyside based food company has been sentenced after a worker sustained injuries to his hand after clearing a sugar dispensing machine at a factory in Berkshire. 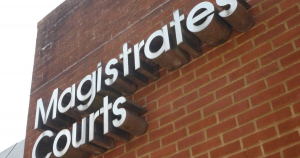 The employee who wishes not be named, suffered a broken and lacerated finger during the incident at English Provender Company Ltd’s site in Thatcham, Berkshire.

The Health and Safety Executive (HSE) prosecuting told Reading Magistrates’ Court, that on the day of the incident the worker was using one of the sugar dispensers but found the sugar was clumping in the chute, so he inserted his left hand into the chute to assist the flow of sugar.

As he did this the sugar flowed around his arm and onto scales below. When the scales reached a pre-set target weight of 25kg, the valve shut on his hand fracturing and lacerating his first finger.

The company, pleaded guilty over the incident which left the injured worker needing two pins inserted into his injured finger.

Despite several physiotherapy sessions he can no longer straighten the finger and though back at work but has since moved to another company.

English Provender Company Limited of Cunard Building, Brunswick Street, Liverpool admitted breaching Regulation 11(1) of the Provision and Use of Work Equipment Regulations 1998 (PUWER) and Regulation 3(1)(a) of the Management of Health and Safety at Work Regulations 1999.

“English Provender Company should have carried out a proper assessment of the risks involved in the operation and maintenance of their sugar dispensing machine.

“This would have identified the issues that lead to this unfortunate accident which could have been avoided if the company had fitted a simple inexpensive fixed guard to prevent access to a dangerous automatic sliding sluice valve.”