A Lincolnshire transport and storage firm has been prosecuted after a father-of-two died when a metal frame being loaded onto a lorry trailer fell on top of him. 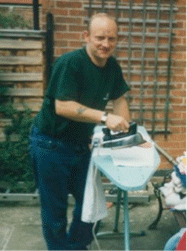 Jonathan Newham, 52, of Skegness, died in hospital from head and chest crush injuries following the incident at George H Kime and Co Ltd in Wrangle, near Boston, Lincolnshire, on 10 July 2012.

The incident was investigated by the Health and Safety Executive (HSE) and the company was charged with serious safety breaches.

Lincoln Crown Court heard that George H Kime and Co Ltd had transported a consignment of goods from Wiltshire to Wrangle in readiness for the items to be auctioned in Skegness.

Mr Newham and a colleague were using forklift trucks to move the goods, which were not on pallets, from the trailer to a second vehicle, as the trailer was needed elsewhere. Mr Newham had moved a large metal-wheeled chassis, also known as a ‘dolly’, from the first trailer. His colleague then attempted to load the dolly onto the second trailer.

For unknown reasons, Mr Newham climbed onto the second trailer. As his colleague loaded the dolly onto the trailer with the forklift, it fell off the tines of the forklift truck, trapping and fatally injuring Mr Newham underneath.

HSE’s investigation identified that George H Kime and Co Ltd had failed to ensure the safety of their employees during the movement of the metal dolly. They had failed to plan and supervise the lift and there was no safe system of work in place for the movement of loads not placed on pallets. The forklift truck drivers were trained and competent to move items on pallets.

The court heard the Company should have made sure there was someone in charge who was qualified to plan the lift to ensure it was suspended securely, and to ensure that the item could be safely placed down after being moved. A properly planned and supervised lift would have resulted in the risks being identified and controlled and exclude people from the area. The court heard that whilst the company had some procedures in place, the absence of strong management systems meant that the Company was complacent about the risks and failed to ensure that the procedures were followed.

“Mr Newham’s death was entirely avoidable and his life was needlessly lost.

“Lifting operations, which often present severe risks to workers, must be properly planned, controlled and adequately supervised. By taking these steps, businesses can prevent tragic incidents such as this from happening.”

“It is difficult to describe what we as a family lost on that terrible day.  John and I were very much in love.

“We had raised a family and now it was our time to do the things we had dreamed about.  We had big plans for the house, holidays abroad and were excited about a future that John had worked so hard to provide for.

“It all ended that day and our hopes and dreams were shattered.  John was my strength, my rock and my comforter.  He is missed enormously.  He was quite simply a marvelous, selfless husband and father.”