Tyre manufacturer Pirelli has been fined £150,000 after an employee died when he became trapped in an industrial autoclave for more than two hours. 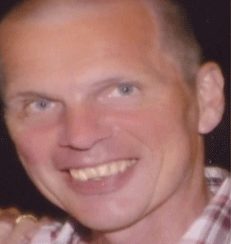 George Falder was found dead at the factory on Dalston Road in Carlisle on 30 September 2012 in a machine used to heat parts of tyres to temperatures of up to 145 degrees Celsius.

Pirelli Tyres was prosecuted by the Health and Safety Executive (HSE) after an investigation found the company did not have a system in place to make sure the autoclave was checked before it was switched on.

Carlisle Crown Court heard that Mr Falder was last seen alive on CCTV footage at around 2.45pm, during a Sunday shift. Just over an hour later, a colleague shut the door on the five-metre long industrial autoclave and began the operating cycle. The 48-year-old’s body was found inside just after 6pm.

The court was told the heavy, circular pressure-door on the autoclave could not be opened from the inside, and there was no way for anyone inside the machine to stop the cycle once it had begun.

The industrial autoclave was used to heat rubber tyre beads. During its operation, steam would be piped into the vessel under pressure, creating a deadly atmosphere containing little or no oxygen.

The HSE investigation found that, on some occasions, employees including Mr Falder had entered the autoclave to pick up fallen beads when the pressure-door was open between cycles.

However, despite this, Pirelli had failed to identify the autoclave as a confined space posing a serious risk. There were therefore no measures in place, such as instructions or signs, to prevent access to the autoclave.

There was also no system for checking the autoclave before the door was shut and the operating cycle was started.

“George Falder’s tragic death has had a devastating impact on his family and friends.”

“His colleague had no way of knowing anyone was inside when he switched on the machine because the company did not have systems in place to stop this from happening.”

“Pirelli failed to identify the risk posed by workers entering the autoclave. They should either have prevented access, or made sure that the autoclave was properly checked each time before the door was closed and the operating cycle started.”

“If either of these policies had been implemented then Mr Falder’s death might have been avoided.”

Section 2(1) of the Health and Safety at Work etc Act 1974 states: “It shall be the duty of every employer to ensure, so far as is reasonably practicable, the health, safety and welfare at work of all his employees.”