The leaseholder of a restaurant has been sentenced after illegally removing asbestos from the building, putting people at risk of exposure. 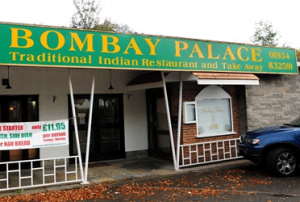 On Wednesday 29 April 2015, North Somerset Magistrates Court heard that HSE found that Mr Ullah failed to take suitable measures to prevent the spread of potentially deadly asbestos fibres, as the asbestos was removed in an uncontrolled manner and then left at the side of the building. In an area which members of the public had access.

The court was told the nature of the work meant that the asbestos should have been removed by a licensed asbestos removal contractor.

Aman Ullah, was fined a total of £10,000 and ordered to pay £5,000 in costs and a £500 victim surcharge after pleading guilty to two breaches of the Control of Asbestos Regulations 2012 and The Health and Safety at Work etc Act 1974.

“Asbestos is the single greatest cause of work-related deaths in the UK, with some 4,500 deaths each year due to asbestos-related diseases, as well as many serious illnesses.

“For this reason, work with asbestos requires a high degree of regulatory control to ensure it is carried out safely. Mr Ullah decided to ignore the fact an asbestos licence was required to undertake this work and his actions not only put those working on site and members of the public at risk.”

Section 33(1)(g) of the Health and Safety at Work etc Act 1974 states: “It is an offence for a person … to contravene any requirement or prohibition imposed by an improvement notice or a prohibition notice (including any such notice as modified on appeal).”