The number of people in the UK diagnosed with, or dying from, the deadliest form of skin cancer because of sun exposure at work, is revealed in the findings of a new study published today. 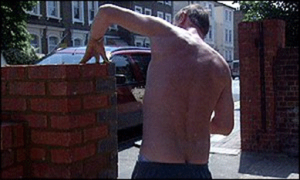 I have recently read an article in the latest Institution of Occupational Safety and Health (IOSH) Magazine that makes interesting reading about the risks of skin cancer to outdoor workers .

So, with summer on the way, I thought I should reproduce it here.

This week’s 2 recent HSE cases both look at serious accidents that shouldn’t have happened.

New research reveals scale of skin cancer among outdoor workers and lack of awareness about risks.

Commissioned by the Institution of Occupational Safety and Health (IOSH), the research has given businesses the first full picture of the skin cancer burden on those working outdoors in industries as diverse as construction, agriculture and leisure and entertainment. 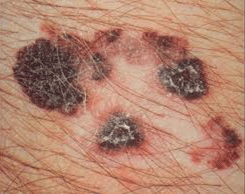 It is estimated malignant melanoma kills nearly 50 people each year in the UK because of exposure to solar radiation at work, with 240 new cases being registered, according to the research by Imperial College London.

Combining the findings with a recent study by Imperial College into work-related non-melanoma skin cancer nationwide, we now know as many as five people a day on average in the UK are being diagnosed with a form of skin cancer contracted at work.

Publication of the study, at a cross-industry event in London today, came as a separate research project commissioned by IOSH found a lack of awareness of the risks of solar, or ultraviolet, radiation (UVR) in the industry hardest hit by the disease. 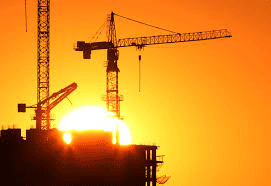 The University of Nottingham research into work attitudes to sun safety in the construction sector found that two thirds of construction workers outside for an average of nearly seven hours a day thought they were not at risk, or were unsure if they were.

More than half (59 per cent) of those questioned by researchers reported having sunburn – a major contributor to skin cancer – at least once in the last year.

Researchers also found a ‘macho culture’ in some parts of the industry and misconceptions about the threat of UVR in climates like the UK’s – cloud cover does not completely protect against solar radiation.

The studies’ findings, published as part of IOSH’s ‘No Time to Lose’ campaign to beat work-related cancers, brought a call for increased awareness of skin cancer risks at work and the launch by the Chartered body of new guidance for employers on how to protect their workers.

Businesses are being urged to develop ‘sun safety strategies’ that include:

Using high-factor sunscreen is helpful but should not be relied on as the only barrier to the harmful rays, employers are advised.

“We’ve a clear picture for the UK now of the number of people diagnosed with or dying from skin cancer because of sun exposure at work.

“It’s a terrible disease but with some simple measures we can ensure people who work outside are not exposed to the solar radiation that causes it. Work-related skin cancer is avoidable but businesses and their employees hold the key to beating it and today we are showing them how it can be done.”

“Our study is the first to quantify the importance of sun exposure during work time with an estimated one person a week likely to die because of this. It highlights the need for industry to introduce skin protection measures and encourage their workers to use them.”

In the UK, it is estimated that 5.5 million people have been exposed to solar radiation through their work – in the service industries, construction sector, manufacturing and agriculture. Latency for the disease varies – melanoma is the most common cause of cancer among young adults.

Father-of-two Peter Jackson, 59, contracted malignant melanoma because of exposure to solar radiation during his time as an RAF weapons technician in his 20s and 30s. He said:

“I had no idea whatsoever the damage the sun would do and yes, on occasion, I did get burnt. Reddening was part of the process to getting a tan. It was part of the culture. Every waking moment, it was a competition to get the best tan.”

Peter, from Gloucester, had an operation to remove the melanoma but now lives with the constant worry of the cancer’s return.

“It never occurred to me that I would be at risk. I had no worries whatsoever and exposed myself to the sun at the time,” he said. “I didn’t know, I wasn’t told of the risks associated with it.”

The studies’ findings and new guidance for businesses were published today as industry leaders gathered at an event at the Royal Mail Group Head Office in London to discuss skin cancer risks in industry.

“On joining Royal Mail three years ago it quickly became apparent to me that there was an opportunity to strengthen our wellbeing and sustainability strategy in the area of outdoor worker protection.

“Due to the predominately outdoor nature of our work and the absolute requirement to keep our people safe and healthy, research in the area of sun safety was an obvious area for me to explore. Using my research I have been able to formulate and develop our sun safety strategy. Working with IOSH to promote it is a real privilege.”

So please take note and take simple steps, such as wearing long-sleeved, loose-fitting tops and trousers, to protect you from the risk of skin cancer. Thank you IOSH for publishing this study.

If you have any questions about skin cancer, or would like to see what you can do to protect yourself or your workers, please contact us by phone 01458 253682 or email.

Our CDM2015 courses IN TAUNTON ARE SOLD OUT!

As all our CDM 2015 Regulations awareness courses at Taunton Racecourse filled up so quickly – we have just announced more!

In order to serve our customers in other regions, we have agreed to run this course in three new venues.

These courses are open to everyone.

For more information and to book and pay on line please click here!

So here are the dates and venues:

Remember Your Business is Safer in our Hands 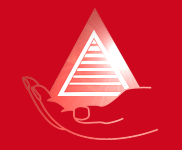