A Hertfordshire packaging company has been fined for safety failings after a worker broke his arm in a poorly guarded mailing machine at a factory in Melbourn. 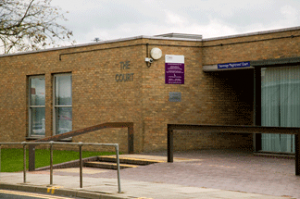 Harry Bracewell, 20, of Royston, required surgery to have metal plates and screws inserted into his arm as a result of the incident at Ampac Security Products Ltd, on Saxon Way, on 12 February 2014. He now finds lifting difficult, continues to suffer flashbacks, and cannot sleep without medication.

His employer was prosecuted today (10 April) after an investigation by the Health and Safety Executive (HSE) found the incident could have been avoided with better guarding.

Stevenage Magistrates Court heard that Mr Bracewell was operating a mailing machine that processes rolls of plastic film into sealable plastic bags by cutting the film to size and applying glue on one edge.

He attempted to clean a moving belt on the machine with a cloth and cleaning fluid, but his hand and arm was pulled between a roller and the belt. He sustained crush injuries and a compound fracture to his right arm.

HSE inspectors found that, while Ampac had identified the risk of entanglement from the moving belts to the underside of the machine, the area where his arm was caught had not been guarded to prevent access.

Magistrates were told that Mr Bracewell had received training and instruction on how to operate a similar machine elsewhere in the factory. When using the other machine, although unsafe, it was considered normal practice to clean glue from the underside of the delivery belts while the machine was still running. However, this was not normal practice in the case for the machine that injured him – which could have been made clear had he received adequate instructions for this equipment.

Ampac Security Products Ltd was fined a total of £10,000 and ordered to pay a further £2328 in costs after pleading guilty to a breach of the Provision and Use of Work Equipment Regulations, 1998.

After the case was heard, Health and Safety Inspector Sandra Dias said:

“No matter what industry you work in, machinery should always be adequately guarded to prevent injury.

“It is also important that adequate are provided to employees – especially when they are operating machinery that differs from what they may have used before.”

2.Section (11)(1)a of the Provision and Use of Work Equipment Regulations states: “Every employer shall ensure that measures are taken in accordance with paragraph (2) which are effective to prevent access to any dangerous part of machinery or to any rotating stock-bar”