A Birmingham shopfitting company is fined after worker’s ladder fall.

A Birmingham shop-fitting firm has been prosecuted for safety failings after a worker broke eight ribs in a ladder fall.

Birmingham Magistrates’ Court heard that wood machinist Alan Sweet was working at A Edmonds and Co Ltd’s factory in Constitution Hill when the incident happened on 29 August 2014. 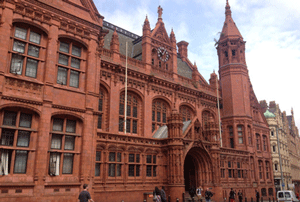 He was removing redundant electrical cabling and conduits within the factory’s roof space, working off one half of an extendible ladder footed by a colleague. He was using both hands to saw through a large section of pipe when he overbalanced and fell around 3.6 metres to the floor below.

Mr Sweet, 55, of Great Barr, broke eight ribs, five of them in three places, cut his head, broke a finger and suffered lacerations to his shin, knee and elbow.

He has since returned to the company.

A Health and Safety Executive (HSE) investigation found neither Mr Sweet nor his colleague had any experience or training for work at height, and the equipment was not suitable for the task in hand. The company failed to organise, plan and appropriately supervise work at height.

A Edmonds and Co Ltd, of Constitution Hill, Birmingham, was fined £7,000 and ordered to pay £1,198 costs after pleading guilty to breaching Regulation 4(1) of the Work at Height Regulations 2005.

“The factory had been rewired by an electrical contractor but A Edmonds and Co decided to task its employees with stripping out the redundant material in preference to them being laid off on a three-day week.

“However, the company failed to effectively organise and plan the work, gave them an inadequate ladder to use rather than a more suitable aluminium tower and failed to appropriately supervise and monitor what was going on.

“Untrained and inexperienced employees were left to their own devices to get on with the job, one they felt compelled to perform rather than being laid-off with reduced wages.

“Mr Sweet was extremely lucky not to have suffered more serious injuries or even been killed.”

Regulation 4(1) of the Work at Height Regulations 2005 states: “Every employer shall ensure that work at height is

(b) appropriately supervised and

(c) carried out in a manner which is so far as is reasonably practicable safe, and that its planning includes the selection of work equipment in accordance with regulation 7.”